Apptivo integrates seamlessly with all your favorite applications

Mobile, effortless implementation, easy to use 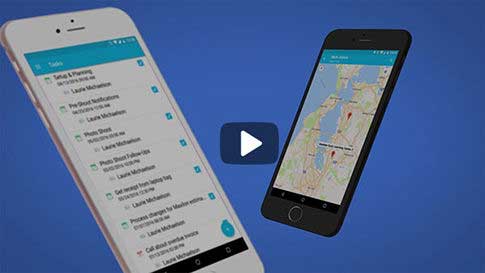 Don’t Take Our Word For It!

Check the industry leader rating for both platforms

Your Data is Secure with Apptivo

Every business requires its data to be safeguarded in a secure platform.
The Goldmine Platform does not focus on data security.

Data stored in the software application
is encrypted keeping it secure

Organize your sales process, get a 360° view of your sales cycle,
identify & prioritize areas that needs immediate attention!

AgileCRM's email integration is unreliable and requires frequent manual linking. With so many customers taking out the pent-up frustration about the so-called email integration online, it all shows that is nothing but a marketing gimmick

"30% of the email you send does not reach the recipient." - Jim Moustakas

"The email sync is not good. It labors for a long time trying to pull emails through." - Jack F, President

One other major issue customers face is the lack of ability to save emails as Draft. Yes, you heard it right. If you don't have time to complete the email or close the app then you have no option but to start from scratch again. After a couple of times, this could get very annoying.

"Emails don't get saved to draft automatically; you need to start from scratch if you lost it. Also, there's limitation to selecting 25 contacts when writing an email." - Neha T, Tax Consultant

In addition to this, you cannot add attachments when you're sending emails to more than one recipient. This is kind of absurd. Also, some customer review online stated that email sent under AgileCRM are filtered as Junk or Spam.

"I am also missing a feature to send an attachment to various contacts by email, this can only be done in 1-on-1 emails currently."

"We have add issues with emails sent from Agile being filtered out as junk or spam." Candice P, Software Dev/Founder

Customer support from AgileCRM is only as good as the pricing plan you choose. For example, phone support and knowledge base are not available for Free plan users and it isn’t the best ideal solution for small and medium-sized businesses. Even if you pay a premium price for the support the support isn't great as advertised.

"A customer posted a review on GetApp saying,

"In practice, it doesn't work. data has been lost. customer service has been unresponsive and our company missed our on Cyber Monday because of it." - Cathal M, Director

No response at times of need can be frustrating and cumbersome. The Live Chat function for support doesn't seem fully operational. Customers sometimes have to stare at an empty screen for the most part.

"Also we tried the live chat feature, which didn't work so well for us." - Candice P, Software Dev/Founder

When a user needs support, they’ve already entered into “frustration mode". And if the support isn’t available when they need it the most it kind of defeats the whole purpose of having a support team.

"Support is non-existent. Yes, you can schedule a time slot where they will come and help you. but I don't need help 3-5 days from now." - James Cox, Marketing Director

"I was most disappointed with their customer support and marketing team. The support was of low quality." - Derek D, VP of Business Development

In addition to the mixed user interface reviews, reporting is a bit of an issue in AgileCRM. Unlike Apptvio, AgileCRM reports aren't robust and lack many of the intuitive and basic features. AgileCRM reporting capabilities are a bit basic in comparison to the options available in Apptivo.

"Reporting is the weakest part of the platform. If it's not a pre-built report good luck being able to get the report that you need." - James Cox, Marketing Director

The AgileCRM lacks many of the advanced filters and reports that growing and enterprise businesses would need. Thus, it has minimal use when making critical business decisions and designing strategies.

"The reporting feature in buggy can't rely on it. Importing contacts (to which you would like to add triggers) takes too long." Indranil D, Freelancer

Another issue customer face is that the reports aren't always easy to generate and involves lots of 'clicks'. generating customized reports aren't available because of its lack of filters.

"The reporting features seems to be buggy. Reporting should be improved further as dates get reset on each switching between campaign." - Manoj Mohan "Reports are limited - quirky search criteria - recent software upgrade was frustrating because it added several clicks to get information on deals"

Unlike AgileCRM, Apptivo with its advanced reports and the ability to generate custom reports coupled with user-friendly UI proves to be a better choice.

Here is a side by side comparison

* All registered trade marks, company names and brand names used on this website are the property of their respective owners. Data on features are taken directly from related web sites and marketing materials as of December, 2017. Information and features are subjects to change. To report corrections, please contact us

Apptivo is the Best Alternative to AgileCRM 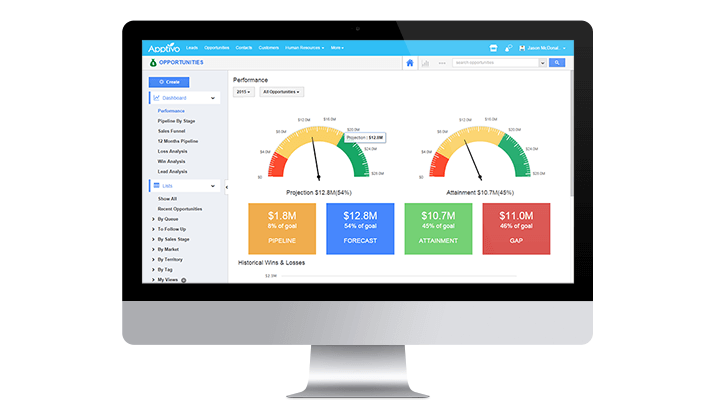 What our users say about Apptivo 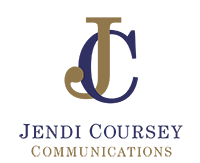 I chose Apptivo because it had the most features (customer relations management and project management were the most important for me), and the interface seemed the most intuitive. Plus, Apptivo was significantly less expensive than ACT for the number of users I have. 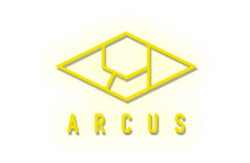 Apptivo is clean and easily customized on business need. We love the flexibility and easy adaptability. It is a powerhouse CRM that has way more functions than the competitors. 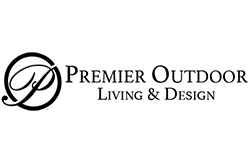 After 6 months of research and free trials with other CRM programs, we stumbled across Apptivo. Everything is automatically saved as you work so you never loose something by accident. We are very satisfied. 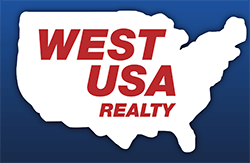 Always there when I need a helping hand 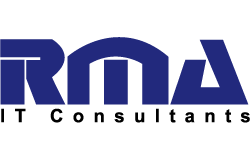 I have to admit the online support I’ve got so far from Apptivo support team and resources available to me to implement and use the solution properly is great. 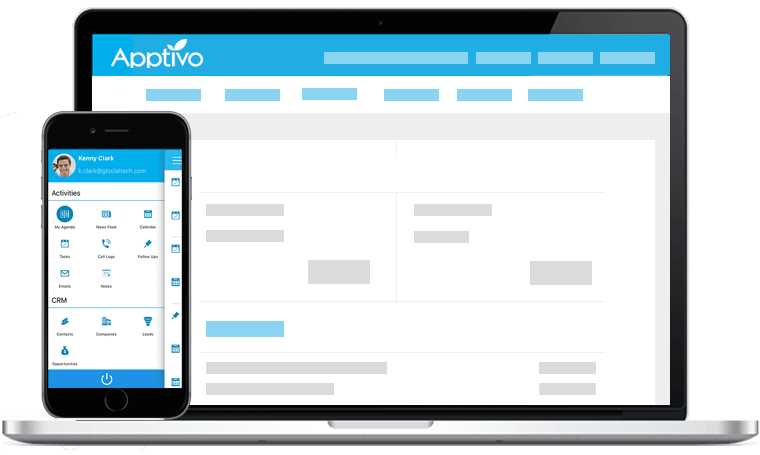 Apptivo provides a FREE 30 Day trial to all its customer to play around with the product and get to know if it suits their business. Apptivo also provides a 1 to 1 demo session to explain how you can use Apptivo for your business.