Apptivo provides affordable and easy to use solutions for all businesses
to collaborate with customers, vendors, and partners.


All In One CRM


Apptivo integrates seamlessly with all your favorite applications


Mobile, effortless implementation,
easy to use 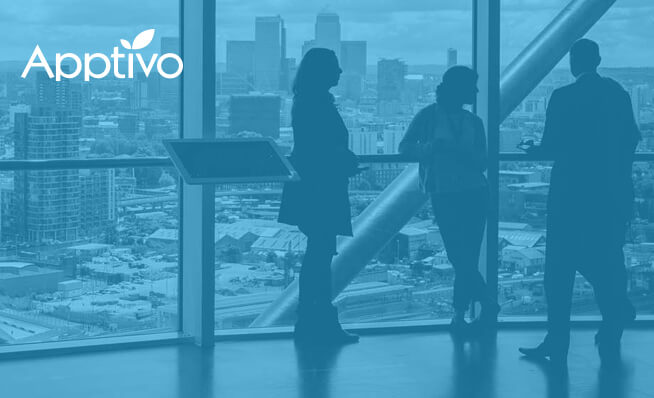 Don’t Take Our Word For It!

Check the industry leader rating for both platforms*

* All registered trade marks, company names and brand names used on this website are the property of their respective owners, reviews and testimonial are taken directly from the mentioned reviews web sites. To report corrections, please contact us

Your Data is Secure with Apptivo

Apptivo provides affordable and easy to use solutions for all businesses
to collaborate with customers, vendors, and partners.

Data stored in the Software application is encrypted keeping it secure

Organize your sales process, get a 360° view of your sales cycle,
identify and prioritize areas that need immediate attention.

The integration with Outlook is still in its early stage with enough bugs to make your experience irksome.

“We found many issues when using Vtiger with Office 365, we are still not comfortable in using Office 365 and Vtiger integration modules.”

Vtiger’s integration with Outlook via the plug-in is unreliable. Unlike Apptivo, where you could integrate Outlook in a few clicks, Vtiger requires you to download and install plug-ins and supports only a handful of operating systems and Outlook versions. The whole integration process can be intimidating for many users and would eventually need the help of customer support.

The Outlook integration is supposed to make things easier but Vtiger is certainly doing the opposite here. Vtiger’s Outlook plugin is also dependent on the operating system and Microsoft updates. So, whenever they change it means Vtiger has to adopt the changes ASAP to provide uninterrupted services. It’s not the case.

“Outlook plugin doesn’t always work very well, and recently it doesn’t work anymore if you have a high-resolution screen.”

“Integration with outlook is poor.”

With so many alternatives out there, Vtiger doesn’t justify its uniqueness anymore. Where Apptivo CRM on the other hand, with its 65+ business suite of apps and seamless integration with Outlook, can skyrocket your productivity and efficiency.

If you’re a modern UI lover and expecting a user-friendly, well laid out UI then you’d be disappointed to see Vtiger’s cluttered UI.

“The UI is overly cluttered and does not make much sense. They recently updated their UI but in my opinion, they made it worse. Things are just more awkward to find now”

CRM should be flexible and user-friendly. A big concern for most of the Vtiger users is the complicated and confusing interface. It isn’t going to be an easy task if you’re an inexperienced user.

Most users feel like the UI has been roped in straight from the 90s.

Regarding the user interface, a review of a customer goes by:

Besides having a complex user interface, Vtiger also lacks in the process of updating the UI. Many of the users have directly reported and requested Vtiger to update the UI but it’s still the same.

“I’m not a fan of the user interface. It always looks like it’s still loading. They could do a better job of organizing the dashboard.”

With so much complexity, it’s obvious that Vtiger couldn’t be the best fit for small or budding businesses. It just means more work and frustration with all the things that’d be happening around them. You can find many users showing their frustration:

“User interface is not intuitive. It took forever to get everyone up to speed and even longer for people to really start using the system.”

With so many bugs and UI issues, Vtiger can be easily replaced by Apptivo with its fully customizable UI and integrations. Unlike competitors, Vtiger, with its complex and outdated UI has lost its significance in the CRM market.

Reporting is very limited and “Business reporting is somewhat limited for our needs.”

Unlike Apptivo, Vtiger reports lack an intuitive filter and lack many advanced features that any medium to enterprise-sized business would look for. The basic built-in reporting that they provide might be good enough for new business or startup but as you progress Vtiger reporting isn’t going to play a significant role in business growth.

Reports are used to identify the areas where we can improve our business strategy and customer experience and Vtiger isn’t going to do much with its basic reports.

Given below is a customer review about the reports in Vtiger

“I would like to see stronger reporting capabilities built into the free software.”

In addition, the data management problem is only making reporting more complicated. Some of the users already feel that reports generated to be inaccurate.

A customer posted a review saying:

“Given that data underpins business intelligence and reporting, all of the reporting capability is strangled by data problems.”

Unlike Vtiger, Apptivo with its advanced reports and the ability to generate custom reports coupled with user-friendly UI proves to be a better choice of the two.

With only a very handful of integrations, you are to rely on Zapier and other apps for integration, which becomes costly.

Customers these days expect to take along the Software they use when they move to the new system. They want their new Software to seamlessly integrate with the Software that they already use. With the amount of time and money invested, it’s not easy for businesses to get rid of a Software that they’ve been using for years. So, if the new CRM they adapt doesn’t have the right integrations it’s going to be difficult to acquire new customers.

Vtiger is one such CRM solution with only a handful of third-party integrations. You have to rely on other integrations like Zapier to connect your other apps to your Vtiger account. This is going to be expensive and requires a lot of time to learn and manage Zapier.

A simple integration between your Vtiger and WordPress account is complicated and buggy.

“The integration into word-press, although appearing simple, is a little tricky, and possibly some validation errors are happening with certain WordPress themes.”

In conclusion, Vtiger is still lacking some of the mandatory features and third-party integrations that any customer would look for in a CRM application. So, if you’re a business using a Software already and looking for a CRM solution, then Vtiger might not be the best option out there.

Whereas Apptivo is seamlessly integrated with G Suite and Office 365 for contact sync, several major payment gateways for online transactions, and more than 200+ applications directly and indirectly via Zapier and PieSync.


* All registered trademarks, company names and brand names used on this website are the property of their respective owners. Data on features are taken directly from related websites and marketing materials as of December 2017. Information and features are subject to change. To report corrections, please contact us.

Here is a side by side comparison*

* All registered trademarks, company names and brand names used on this website are the property of their respective owners. Data on features are taken directly from related websites and marketing materials as of January 2021. Information and features are subject to change. To report corrections, please contact us.

What our users say about Apptivo

I chose Apptivo because it had the most features (customer relations management and project management were the most important for me), and the interface seemed the most intuitive. Plus, Apptivo was significantly less expensive than ACT for the number of users I have.

Apptivo is clean and easily customized on business need. We love the flexibility and easy adaptability. It is a powerhouse CRM that has way more functions than the competitors.

After 6 months of research and free trials with other CRM programs, we stumbled across Apptivo. Everything is automatically saved as you work so you never loose something by accident. We are very satisfied.

Always there when I need a helping hand

I have to admit the online support I’ve got so far from Apptivo support team and resources available to me to implement and use the solution properly is great.

Apptivo provides a FREE 30 Day trial to all its customer to play around with the product and get to know if it suits their business. Apptivo also offers a 1 to 1 demo session to explain how you can use Apptivo for your business.