We are happy to inform this week Apptivo’s release, which included several apps upgraded to version 4.0, improved user interfaces, and many new features. You’ll find an improved interface for some of our global features such as email, notes, and tasks. These upgrades include details like a new draft system for emails, and we’ve provided both an inbox and sent folder. You’ll also find a new “list view” in tasks, which will allow you to separate upcoming and overdue tasks.

On the product management side, We have included the bill of material with classes and choices within the Items App. Last release the Employees App was upgraded to version 4.0, now you’ll find added common features such as advanced search, views, and reports. Lastly, you’ll find several more UX improvements, such as an upgraded look to the universal navigation app menu, and several upgrades to the G Suite contact sharing sync.

Here is a quick look at our new Contacts App settings: 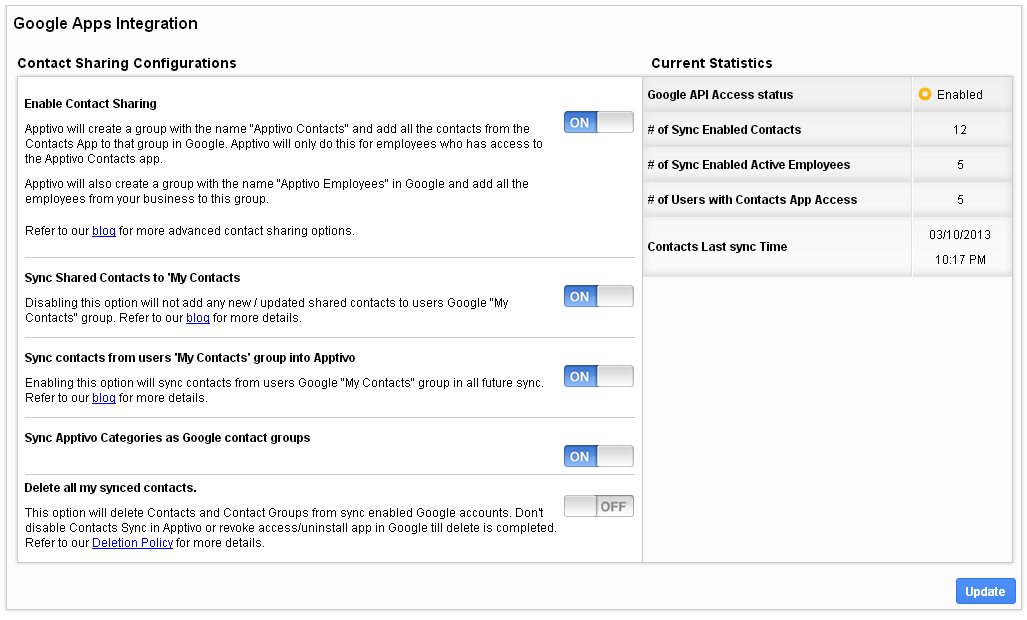 This Monday, we added the following new features to Apptivo:

This Saturday, we fixed the following issues in Apptivo: